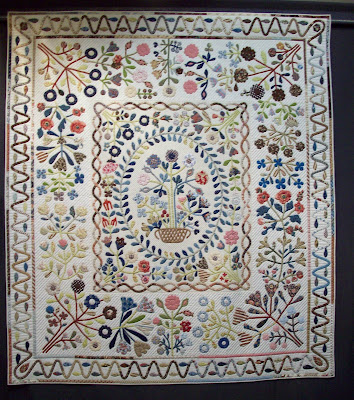 Wow, 3 posts in 3 days. Thought I'd just show another of the spectacular quilts I saw at the Australasian Quilt Convention. Like the others I've shown, this beautiful quilt is by Judy Day and is called Auntie Green's Garden. 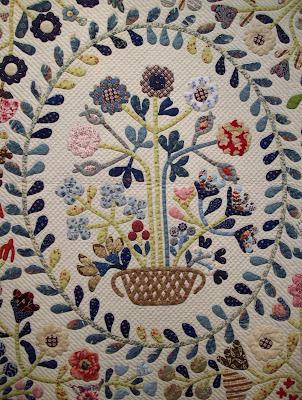 I was very interested to see this quilt as I remember admiring it in a back issue of Australian Patchwork and Quilting magazine. (Haven't had time to hunt it out yet. I have every issue and the current ones are volume 16!) 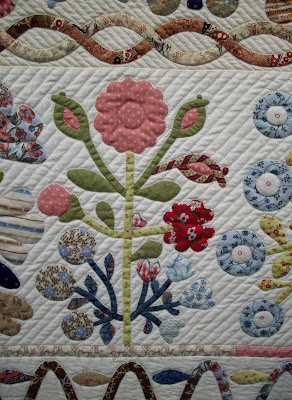 Isn't the applique and hand quilting amazing? The quilt took 6 years to make and was inspired by a coverlet made in England in the middle of the nineteenth century by a lady known as Auntie Green. 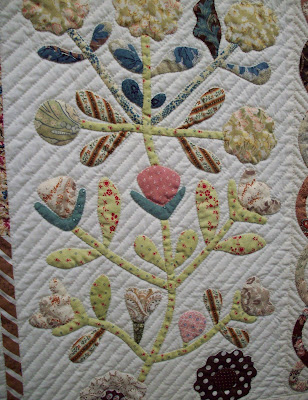 I love how the zig-zags and stripes in the border are made from lots of different fabrics. Auntie Green's Garden (love that name!) won second prize at the Sydney Quilt Show in 2003 in the Professional Predominantly Applique category. All I can say is that the quilt that won first prize must have been awesome. 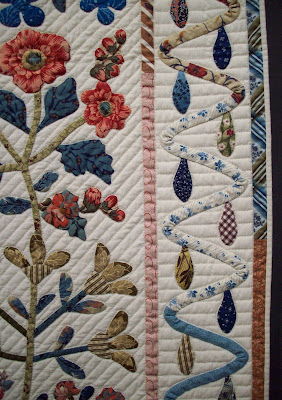 Hope you are as inspired as I was.

Thanks for taking the time to comment. I appreciate your thoughts.

Christine
Hi. I'm an Australian quilter and stitcher from Ulverstone in north-west Tasmania. I enjoy sewing with pretty fresh fabrics in a vintage modern style. When I'm not quilting, I love going for long walks on the beach and trying out new healthy recipes with my Thermomix. I am married and have three feline friends - Mamma, Mia and Mortimer. Auntie's Quaint Quilts was established on 28/12/2007. Thanks for stopping by.