A Little Bit of Stitching

This Jacob's Ladder block is the third block for my Friends in Stitiching BOM. It was Leanne's turn to choose the block this month. (Aren't the months just zipping by ... nearly Easter!!) Once again I used Rouenneries fabrics by French General ... I love the scrappiness of it. 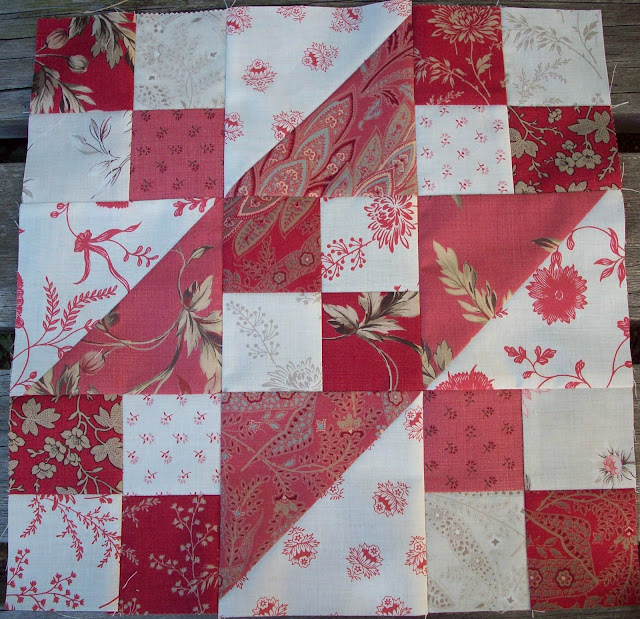 In between finishing swap gifts, I had a play with the lovely fabrics Lynda sent me for my birthday. I decided to use the Calico Spools block ... with a slight variation. (All the spools have the pink plaid at the centre instead of the plain pink ... I like a scrappy look.) 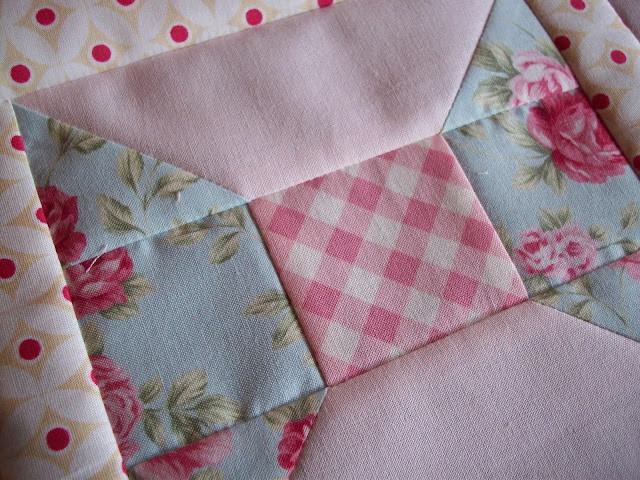 I've made 8 spool blocks. The ninth will be the centre block and feature stitchery of some sort! The fabric with the red spot was a purchase from Quilt Fabric Delights ... it looks very cute and girly as sashings. 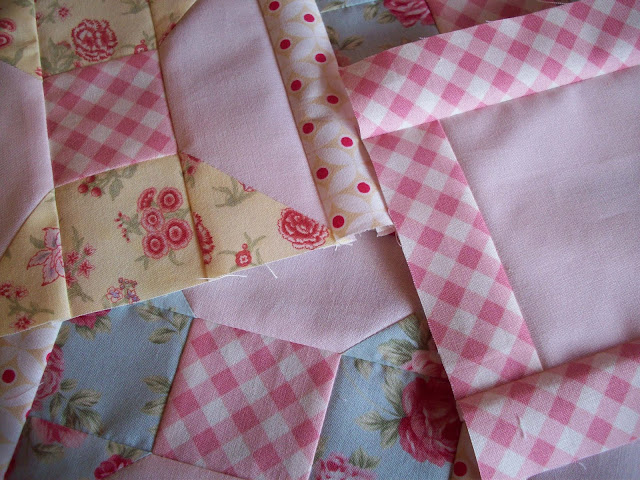 Here's a peek at something else I've been doing. It started out as a swap gift but I now have other plans for it.! 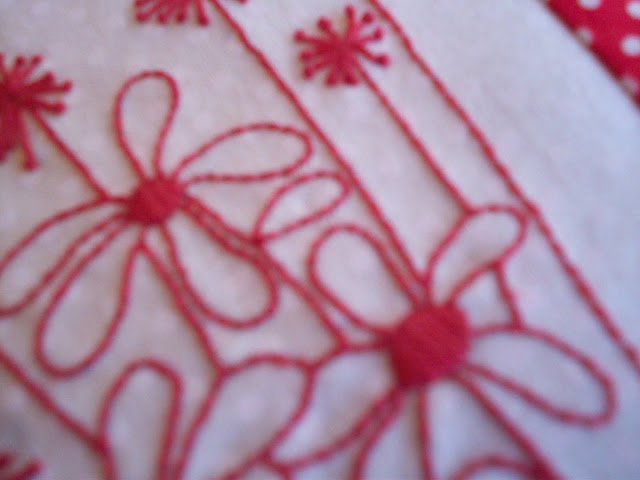 This afternoon I'm off to the theatre ... nephews and niece, Jesse, Micah and Tali are performing in the Burnie Musical Society's production of Oliver. They are all urchins/pickpockets in Fagin's gang. I have been treated to many renditions over the summer so it will be good to see it all come together.

Thanks for taking the time to comment. I appreciate your thoughts.

Christine
Hi. I'm an Australian quilter and stitcher from Ulverstone in north-west Tasmania. I enjoy sewing with pretty fresh fabrics in a vintage modern style. When I'm not quilting, I love going for long walks on the beach and trying out new healthy recipes with my Thermomix. I am married and have three feline friends - Mamma, Mia and Mortimer. Auntie's Quaint Quilts was established on 28/12/2007. Thanks for stopping by.